Over the Week, there have been recent fusses over this trending game which as heard was sometime hacked. Little children are talking about it, Parents, are too, up to the extent of sharing “A Thank You Message” on Facebook (Like who does that) and old people are also not keeping mute on this game too as I heard playing the game can also act as a means of “Exercise”.
I am sure you obviously would not be hearing about this for the first time. Now chill, It is the Pokémon Go. The Pokémon Go which happens to be the latest game in town now haven displaced Candy Crush is something every gamer after hearing about it cannot wait to have a “Hands on”. But just in case you are like me who came to know about this game lately, I think this post might be a savior as I would be taking you through Pokémon Go, Origin, How to download, How to play and all the fusses, etc.The only  help I might be asking from you is to hit the share button after reading. :)

Now, what is Pokémon Go?

You did agree with me that understanding the basic terms of a particular thing is necessary before getting/purchasing it. The Pokémon Go in this case can be regarded as one and as a matter of fact, understanding what it really is the basic thing that is to be done.
As coined from Wikipedia, the Pokémon Go Pokémon Go (stylized as Pokémon GO) is a free-to-play location-based augmented reality mobile game developed by Niantic. It was released in some countries in July 2016 for iOS and Android devices. Making use of GPS and the camera of compatible devices, the game allows players to capture, battle, and train virtual creatures, called Pokémon, who appear on device screens as though in the real world. The game is free-to-play, although it supports in-app purchases of additional game play items.
Now that is one hectic of an explanation up there. Bringing it down to a normal concept, we might have to see the Pokemon Go, as a game that works magically. Magically in the sense that it is just so creative. With the Pokemon Go, you get to interact locally with you street, location or wherever you reside. It gets access to your devices’ camera, and creates an augmented reality with your environment in the sense that you would seeing Pokemon around your environment depending on where you are playing the game from. I guess the image below would do a better explanation when compared to what i just said. 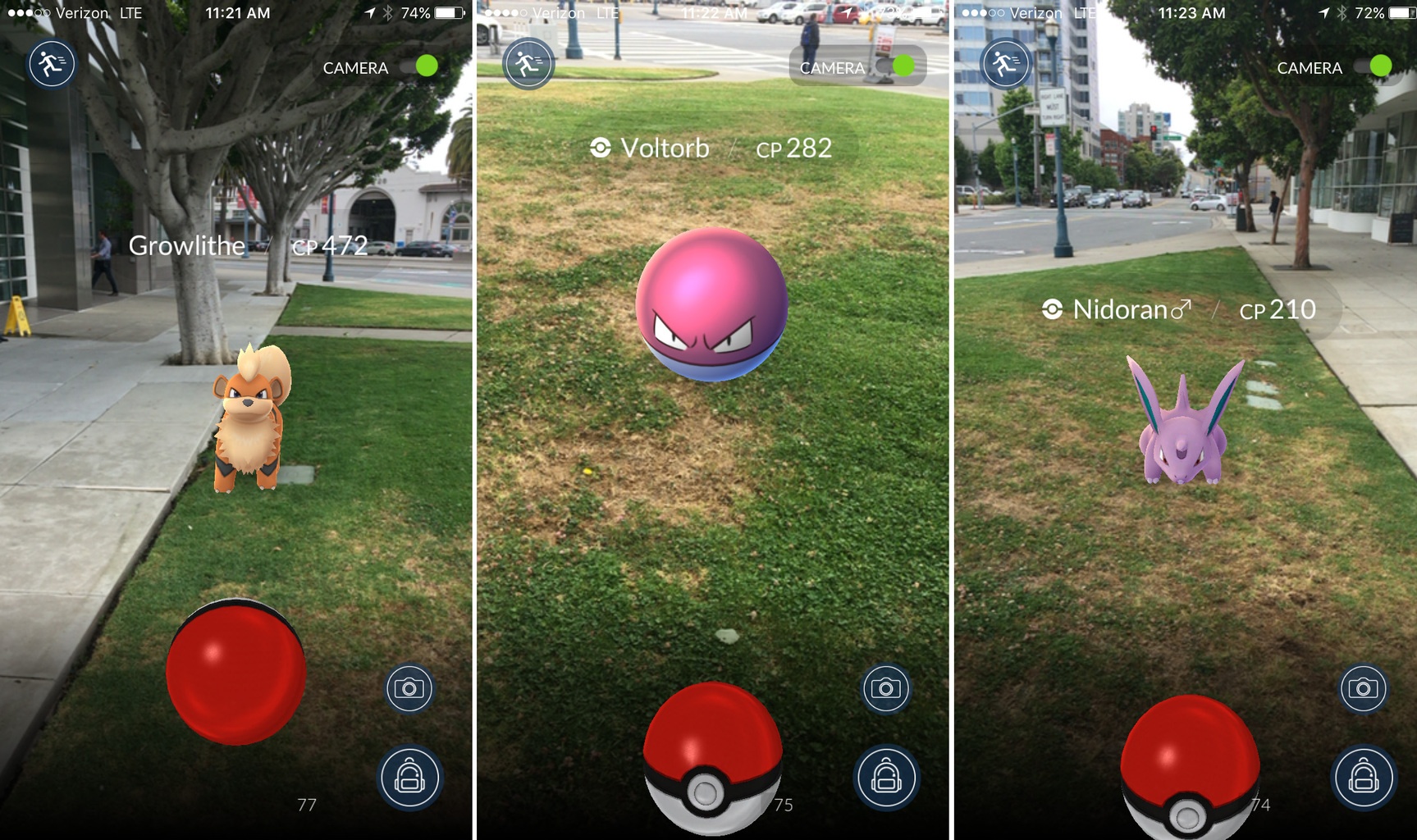 From the image above, you can see the angry looking creatures aligning in the phones screen. The location where the user is playing from is the background and then the Pokemons. Augmented reality in play here,