Karbonn Titanium S6 is An android smartphone from Karbonn Mobiles

Karbonn has already won the market with its Smartphone and now it is all set to shake it again with its new age Titanium S6. It is also called the phablet. An interesting name is given to its perfectly made Smartphone. 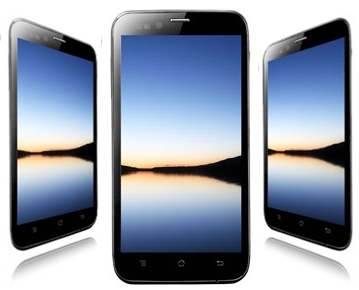 It has been just released and has been received a warm welcome. The Smartphone is attractively priced and therefore has also increased the curiosity of buyers. Yes, it comes as a quality Smartphone that will make users happy with their choice.

Karbonn Titanium S6 is well made with new age technology and features that are at par with most of the expensive mobile handsets. It comes powered with Qualcomm snapdragon processor and also has a stylus that you see in Samsung Galaxy Note.

It runs on Android Jelly Bean and of course it is an Android 4.2 OS. Besides it is 1200 MHz Quad core processor that delivers great performance. It has been planned to provide a full HD display.

As mentioned earlier, the stylus can help solve all your typing and browsing experience. All this is available at a price under Rs. 20,000. Now who wouldn’t love to own a Smartphone under Rs. 20,000? Before you buy you should know what more is added to the Smartphone that you will love to buy. It will gain appreciation and give a stiff competition to its rival the Micromax. You can say it is a good competition to the Canvas 4.

It has been announced that the mobile will be out in the market in the month of July. The device will sport a 5 inch HD 1080 display, which can be very exciting on the Smartphone. It will be a dual – SIM phone and comes with 1 GB of RAM.

You can say that the speed will be terrific and you may as well experience a great browsing time. Storing too has been taken care of and you will be provided with 16 GB of internal memory and you can also expand it to around 32 GB with the MicroSD card. The resolutions offered is 1080p which is sensible considering the price of the Titanium.

The design is slim and comes in a metal body. It provides a sturdy body and sleek dimensions. Even the weight is just as much as you would like so that handling single handedly becomes possible. The screen is big and large and comes with gorilla glass.

It also has been integrated with sensors for more accuracy and clarity. The Smartphone comes with all the features and goodies that you need in here. Most of the details have not yet been provided and nothing clear about the other details of display as well.

Camera in the Karbonn Titanium S6 is something to watch out for. The company says it comes with 13 mega pixels of camera, which is quite high and it looks that there will be many interesting features to make image capturing fun and something to look forward to. There are many other features that will enhance the clarity, sharpness and quality of the final result. The front comes with 5 mega pixel camera and can also be used for video calling on the 3G. There is also an auto focus addition to the camera along with flash light.

Pros and cons of Titanium S6

Pros: it runs on Android v4. 2 jelly bean which is the latest and the best available. The Smartphone is a touch screen. A full HD with Quad core Qualcomm Snapdragon processor makes it more advanced.
Cons: the price may be a little higher for the configuration. Even the design looks simple and boring.