As speculated the Gionee M5 is within a dimension of 5.7X 2.8X 0.4 inches weighing 189.5g, its screen is built from the HD IPS technology to ensure share high-quality pictures and is powered by a 5 point contact capacitive multi-touch.
Just like the Huawei G-Power, the Gionee M5 mini has a 4000mAh with a super charge feature, which they claim charges in ten minutes and delivers enough power for one and a half hours of talk time, more than two hours of nonstop music or almost two days on standby. 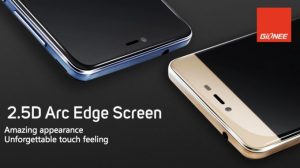 Asides all that battery juiciness, the Gionee M5 Mini will also serve as a power bank to other phones with its reverse charging technology. When it come to the memory, you are looking at an internal memory of 16GB ROM+ 2GB RAM that can be extended up to 128GB along with an MT6580 chipset and a unit speed of 1.3GHz.
For the picture lovers, the Gionee M5 Mini has a rear camera of 8Mp and a selfie camera of 5Mp with some DIY and auto face beauty functions to enhance selfies.
Inbuilt is the Digital Theatre System, a compilation of multichannel audio technologies capable of discrete 5.1 and 6.1 channels of surround sound. With its (OTG) On-the-Go technology, users also have the liberty to connect their phones directly to other devices like flash drives, keyboards to allow for ease and practicability. It also comes with WCDMA, Wi-Fi, Bluetooth 4.0, GPS and its dual sims have dual standby. 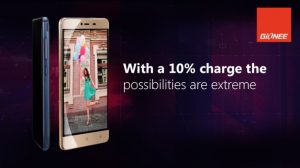 The Samsung Galaxy S7 Can Withstand Champagne But…