Just a couple of days more and the new Samsung Galaxy S4 will be launched in the gadgets market. However, despite the craze surrounding the Galaxy S4, the Galaxy S3 has always remained a feasible option for all those consumers who are looking for a new handset. After lots of rumors and speculations, Samsung had finally unveiled the Galaxy S4 at a launch event, which took place at the Radio City Music Hall, in New York City on March 14th. 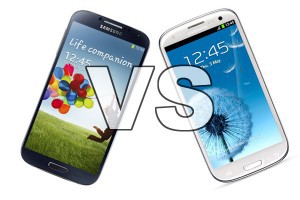 The Galaxy S4 is one of the most anticipated smart phones of this year with the consumers and this handset will be the one which would remain a favorite and the most desired one for the whole year and probably for the next year too. Of course, the Galaxy S4 is already facing immense competition in the gadgets market and one of them is the Samsung Galaxy S3. Samsung had launched its Galaxy S3 last year and had become the company’s top selling handset, which sold over 40 million S3 around the world.

Price: One of the first things that come in our mind while purchasing a handset is its price. As the Galaxy S4 is yet to arrive in the market, this smart phone would be more costly than the Galaxy S3.

As of now, the Galaxy S3 is being sold out at a cheaper rate through carriers that have declined the price to $99.99 on-contract and with T-Mobile, its $70 minimum down payment. Some retailers are even selling out the Galaxy S3 at a cheap rate. In short, the Galaxy S3 would be going to be cheaper than the Galaxy S4.

Must Read : Top 5 Features Of The Samsung Galaxy S3

Software updates: The Galaxy S2 has already got updated with Android 4.1 Jelly Bean. Now, the buzz is that the Galaxy S3 will no longer get Android 5.0 Key Lime Pie due to it requiring a quad-core processor. Now we have to wait and watch whether it will come with the Galaxy S4.

Features: The Galaxy has got newer technology. Those who are looking for more horsepower and many sensors should definitely prefer the Galaxy S4. The Galaxy S4 has got numerous new features like Air Sensor which would allow you to browse web pages and anything by simply waving your hand above the display. You can also hover over content with their finger to get a preview. This is same as Air View of Note II; however, the Galaxy S4 doesn’t require an S Pen. Also, the Galaxy S4 will have the IR Port that will allow you to use Samsung Watch ON, which turns the Galaxy S4 into a universal remote for use with a home theater system.

Galaxy S3 will get some features of Galaxy S4: It cannot be said that the S3 won’t get any of the features of the S4. Samsung has confirmed that it will but haven’t said which features would be included.

Display and design: The Galaxy S4 will feature a 5 inch display while the S3 has 4.8 inch. However, the S4 is lighter and thinner than the S3. The S4 is 7.9mm thin weighing just 130 grams while the S3 is about 133 grams and is 8.6mm. Also, the S4 is made of plastic which feels much sturdier in the hand and is equipped with the new Gorilla Glass 3 in the front which is three times harder than previous versions of it. The Galaxy S3 features Gorilla Glass 2. 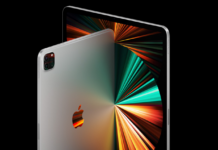 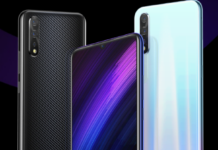