Many of us didn’t take Facebook so seriously some years ago; so, we were busy exhausting our galleries and saving up those old pictures on Facebook. However, as time goes on, one can begin to notice that he needs to clear up a lot of photos from his Facebook account. Not necessarily because the photos are old or blurry, but for some personal/private reasons.

There are also other reasons why one may want to delete multiple photos on Facebook. Nevertheless, whatever your reasons are, here are the three (3) best ways to delete pictures in bulk on Facebook.

The 3 best ways to delete multiple photos on Facebook

Come along with me as I take you through the 3 easy ways to bulk delete multiple photos on Facebook for professional or privacy reasons.

One of the best ways to delete multiple photos at once on Facebook is by deleting the album where those photos were saved. Thus, you can simply create a new photo album on Facebook and manually move the photos you want to delete into the album, and when you’re done moving them, you can now go ahead and delete the photo album. That way, all those photos inside the album will be deleted from Facebook.

How to create a new album and add photos

All photos in the album will be deleted alongside the album.

This method requires the user to install the official Facebook mobile app on his/her smartphone (iPhone or Android). The steps are very much the same with what I explained in the number 1 method above – you’ll need to create a new album using the mobile app and move the photos you want to delete into the new album.

3. Delete them one after another

It is easier and saves more time when you delete the photos one after another. Just the same way you’ll click on a photo and choose to move it to a new album – similarly, you can just hit the “delete” option, and the photo is erased from Facebook. This method works both on computers and the mobile app.

You can only delete photos that you have uploaded to Facebook. If the photo you want to delete is in one of the “Photos of you” tab, you’ll need to contact the actual person that uploaded the picture and tell them to please delete the photo or ask them to untag you from them. 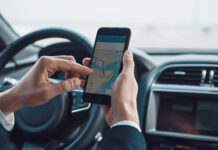 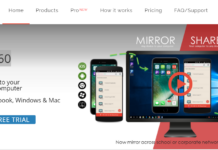 List of The Top Fastest SmartPhones in the World by Antutu