The long awaited Podcasts is up on Google play music.
Google have actually been working on releasing the podcast feature, as at February 2016 but turned out to be very slow and restricted the roll out to little number of testers. Today after months of building and testing, Google is happy to announce to us, the  launch of its podcast feature. 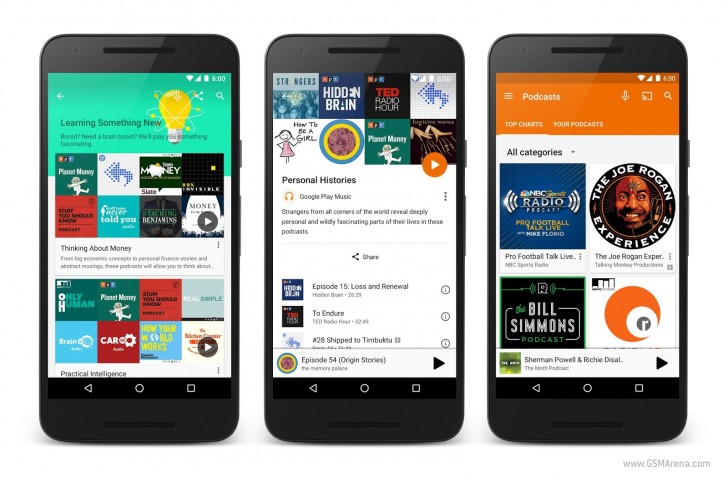 The New feature  is still on the works on regards Android users, but can be enjoyed for the main time via the Web version of the Google play Music.
As reported by Google;

This feature will make finding interesting podcasts easy in the interface, with contextual suggestions such as “Learning something new”, “Getting lost in a story”, or “Laughing out loud

This feature will also let users download podcasts they like and also, subscribe to get updated on regards future podcasts.
Actually this update is restricted to just users residing at the united states and Canada.Guess we have got to be expectant too :( .
What is your take on this?

The Pros and Cons of the Windows Email App Latest Update