2020 isn’t a year to continue with devices with poor CPUs; at least a device with an Octa-Core processor will do. Knowing that, you need to choose from these best octa-core smartphones to buy in 2020. These devices were produced in 2019 and late 2018; they’re packed with sturdy techs and sufficient RAM capacity.

Also, they are all big-screen devices with cutting-edge display technologies. However, they are a bit pricey and have varying models.

Come along with me as I take you through the best Octa-Core smartphones to buy in 2020 either for yourself, a friend, or sibling. 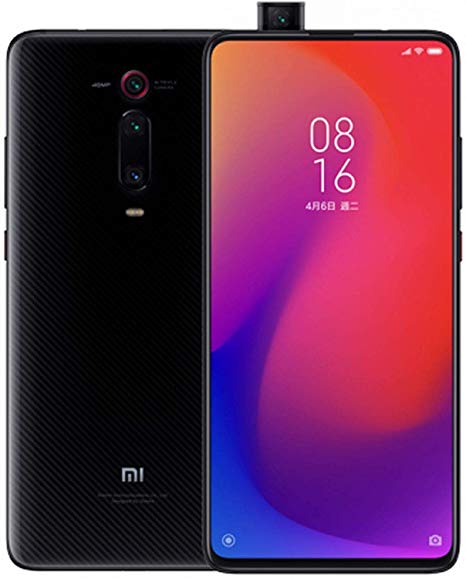 The Xiaomi Mi 9T is a sturdy, decent-looking device packed with great specs. It was launched in June 2019 and is powered by an Octa-Core Qualcomm SDM730 chip, alongside a powerful 4000mAH battery. This smartphone is available in different colors, plus, it supports 18W fast charging tech.

Ulefone smartphones are typically rugged, yet attractive. The Ulefone Armor 6E comes with monster specs and runs with an Octa-Core CPU. A massive 5000mAH battery powers this device and it is rated IP68/IP69K, which means that the Ulefone Armor 6E is dust and water-resistant. More so, this device can submerge in water up to 2-meter deep for up to 120 minutes (2 hours). It is a great device to use in 2020; the 4GB RAM justifies its seamless multitasking. 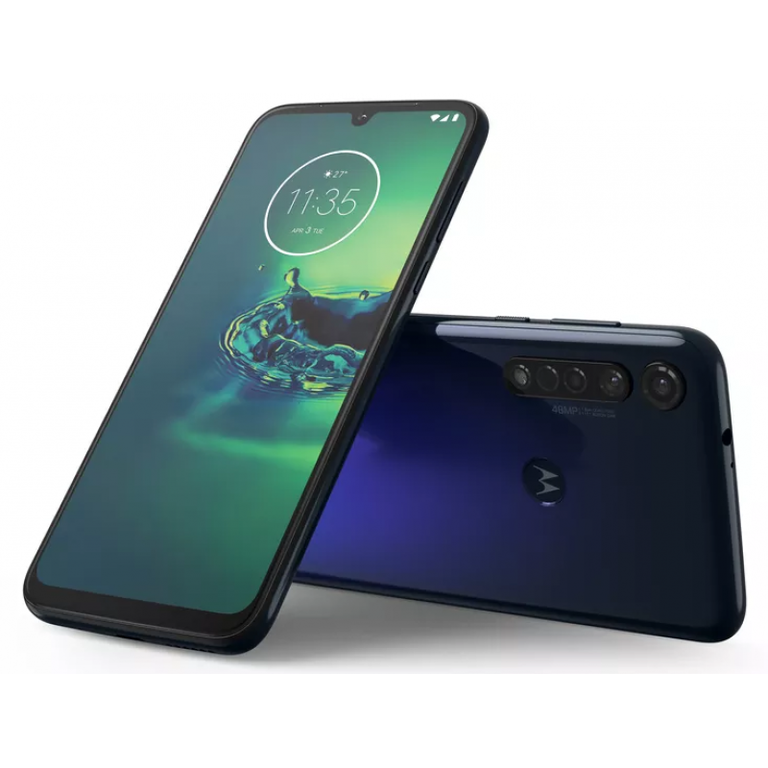 This device looks sturdy, just like other models from Motorola. It flaunts up to 3 rear camera sensors with LED flash. Motorola Moto G8 Plus was released in October 2019. It features LTPS IPS LCD capacitive touchscreen display in a 6.3-inch screen. Also, the device features the latest Bluetooth 5.0 technology, as well as a rear-mounted fingerprint sensor. 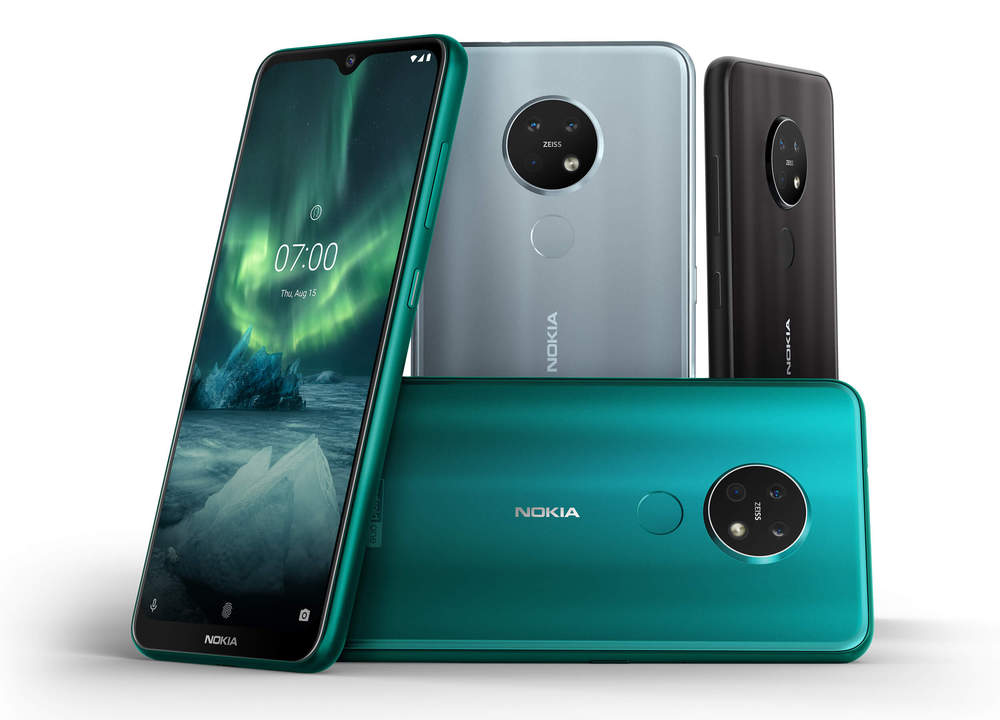 Nokia 7.2 is a reliable smartphone from the Finnish company, Nokia Communications. It is a great smartphone to use in 2020. Nokia 7.2 was released in September 2019, and it packs quite a lot of cutting-edge mobile technologies. There’s a fingerprint sensor at the back, and the cameras are arranged circularly. This device’s screen is protected with Corning Gorilla Glass 3. 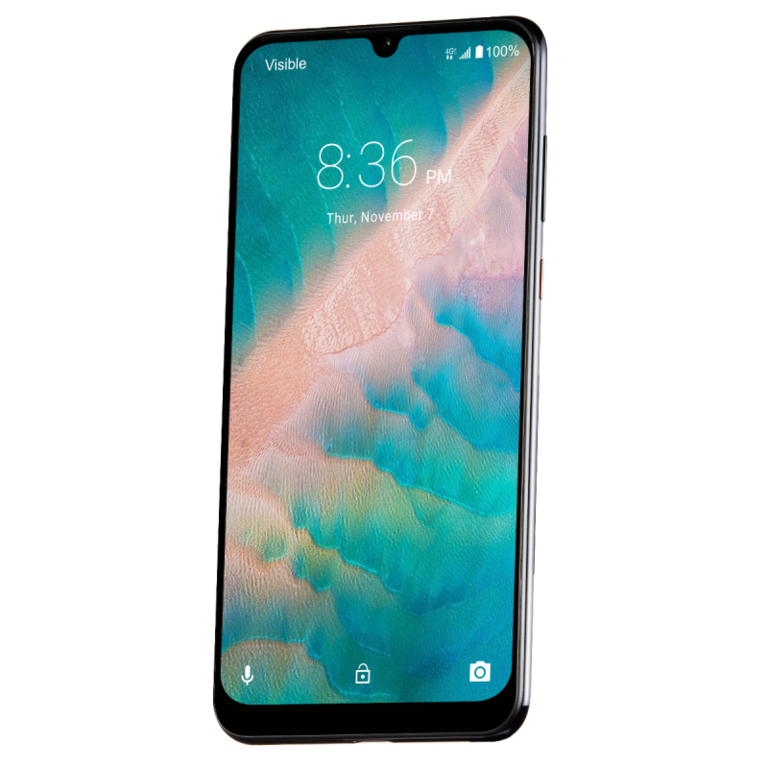 You’ll definitely be attracted by the sleek design of this superb Android smartphone. Well, it is a premium device, designed with cutting-edge technologies. The ZTE Blade 10 Prime is a device that multitasks swiftly, thanks to its 3GB RAM and highly efficient MT6771 Helio P60 chipset. This device is an ideal smartphone for 2020.

With a massive 6GB RAM coupled with Snapdragon 660 octa-core processor, the Vivo V11 runs expressly without any form of sluggishness. Also, the device comes with a very big screen – 6.41 inches. It is a sleek smartphone stocked with great specs that will still be relevant in 2020. Vivo V11 runs on Funtouch 6.1 based on Android 8.1 (Oreo); however, you can upgrade to Android 9.0 (Pie). 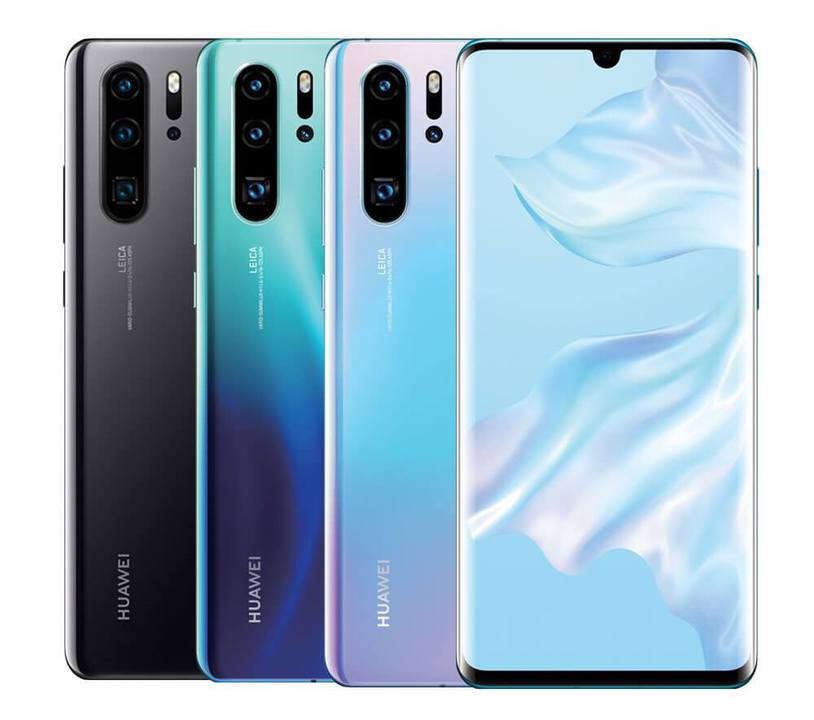 Huawei is a well-recognized brand for quality. The P30 Pro is a stunning smartphone from this company, featuring so many latest mobile technologies. This device has an IP ration of 68 (IP68); this implies that Huawei P30 Pro is dust and water-resistant; it can survive 30 minutes in a 2m deep water body. Also, this device features an OLED capacitive touchscreen and powered by a 4200mAH battery. It is a good buy for 2020. 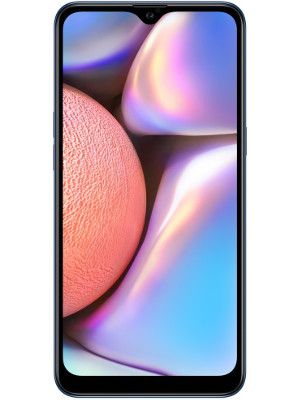 Samsung Galaxy A series consists of great devices that offer great values for their different prices. The Samsung Galaxy A10s is a sleek, sturdy design with bleeding-edge technologies. It supports Bluetooth 5.0, OTG USB, and is powered by a LiPo 4000mAH battery. There is a dual-SIM model and a single SIM model of this Galaxy smartphone. 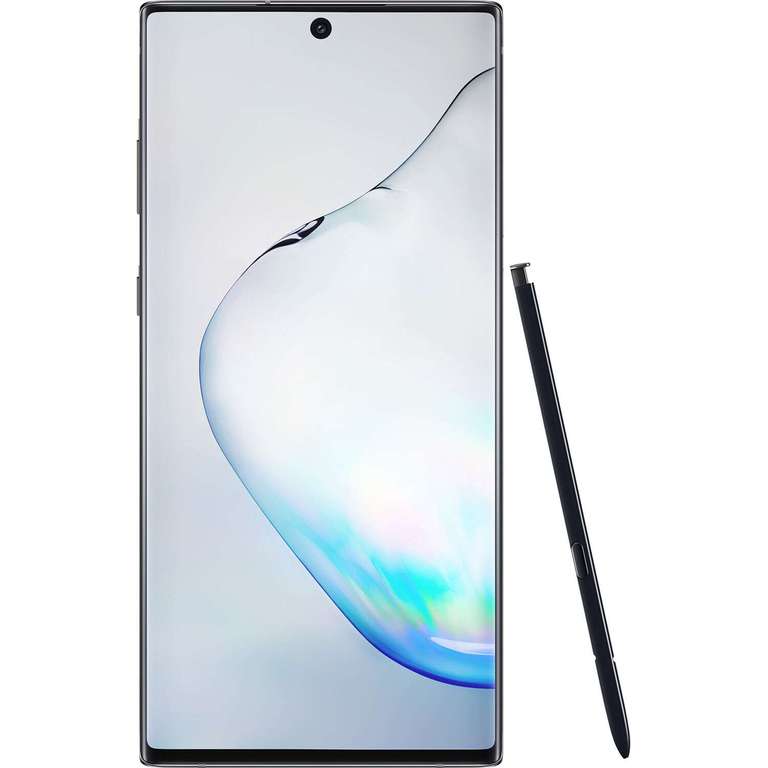 Galaxy Note 10+ offers more battery, fiery RAM capacity, and a bigger/wider screen. It runs on the company’s OneUI 2.0 based on Android OS 9.0 (Pie), and upgradeable to Android 10. Samsung Galaxy Note 10+ launched in August 2019 with a massive 12GB of RAM and 4300mAH battery. The screen of this device is designed with Corning Gorilla Glass 6 and it’s a Dynamic AMOLED capacitive touchscreen. 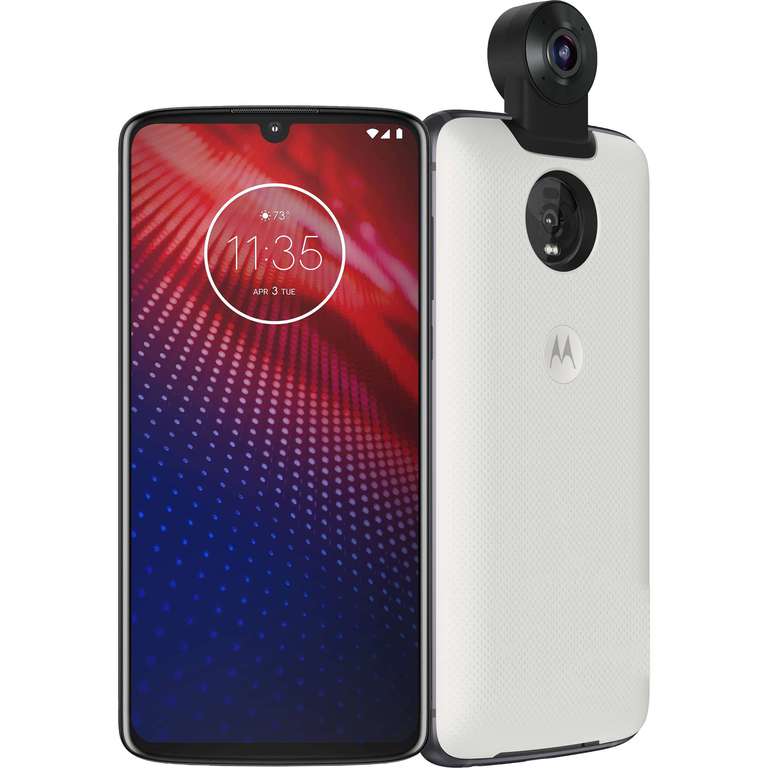 This device is available since June 2019; it is a tough smartphone with massive cameras at the back and front. Motorola Moto Z4 runs with 4GB of RAM and is powered by a 3600mAH battery. Also, it has a big screen designed with Corning Gorilla Glass 3. This smartphone features a lot of new technologies and retails at a good price. 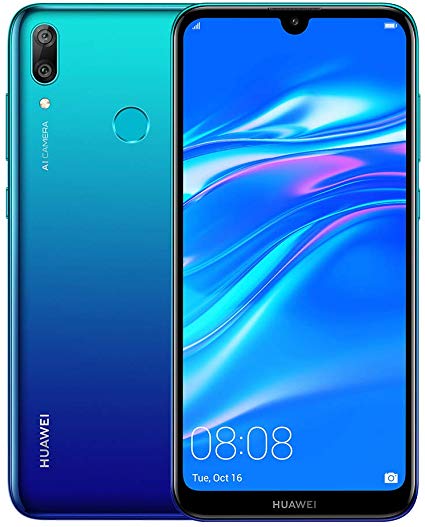 This 2019 model of Huawei Y7 is a premium smartphone you can trust to run all apps and mobile techs of 2020. It is powered with a strong battery and hides a couple of highly efficient chips inside the hood. Huawei Y7 2019 runs on Android 8.0, and the storage can be further increased up to 1TB via MicroSD card. 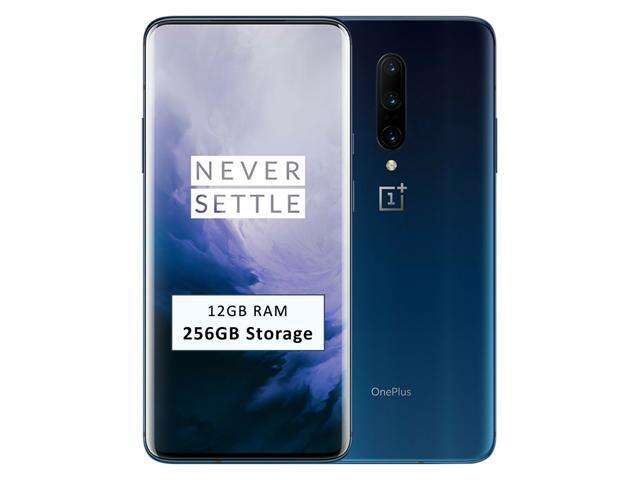 Here comes an Android smartphone running on Android 10 by default. The OnePlus 7T Pro comes with mouthwatering specs and the screen is Corning Gorilla Glass 5. It is a big screen device, hiding a lot of efficient chips inside the hood. A solid 12GB RAM hides in the McLaren Edition of OnePlus 7T Pro, other editions fly with 8GB of RAM. 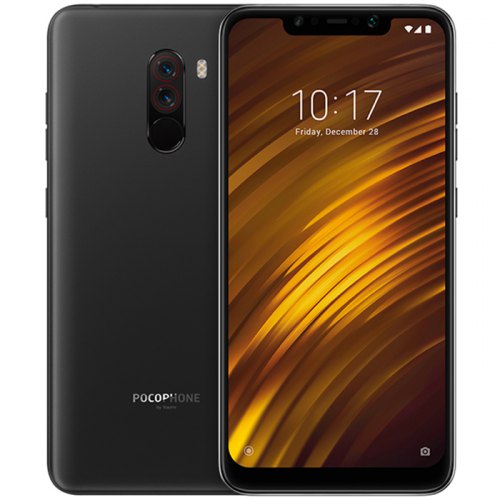 This Xiaomi smartphone is arguably the best you can get within its price range. It is a mid-range smartphone launched in 2018 with cool specs. Xiaomi Pocophone F1 comes with massive RAM and battery. Plus, it flaunts a fingerprint sensor at the back and supports OTG USB. 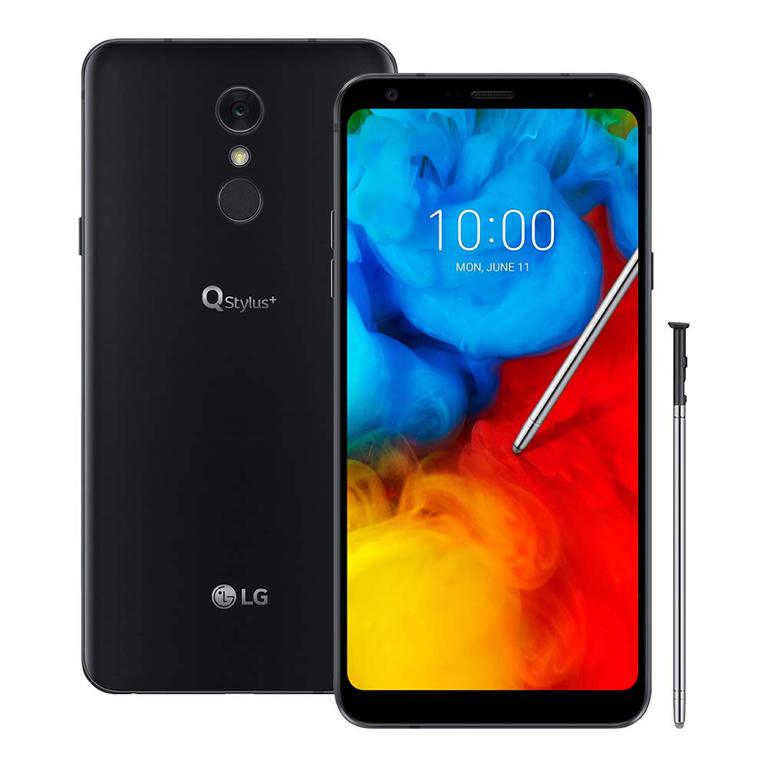 LG Q Stylus is still a great smartphone to buy in 2020. Although this device was released in 2018, it’s specs are relevant for 2020 mobile exploitation. With Stylus support and IP68 rating, the LG Q Stylus is a reliable smartphone for everyday use. The cameras capture your moments in clear crystals and you’ll enjoy seamless gaming with this device. 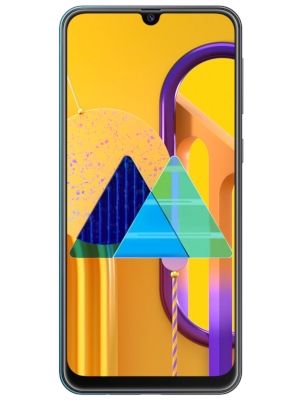 A device with a 6000mAH battery and includes a couple of other cutting-edge mobile technologies is an ideal buy for 2020. The Samsung Galaxy M30s comes with great cameras, highly efficient RAM, big battery, and expandable storage up to 1TB. It is one of the best flagship devices of 2019. More interestingly, the price is relatively “not-expensive.”

Five Motorola Smartphones to Consider Buying: Their Spec and Features