We’ve never seen something quite like VANZY before!! Well, that’s not totally true – COX Space, the minds behind VANZY, launched their previous iteration of the product, “SNOWL,” on Kickstarter last year. Now, after a few upgrades and a (much-needed) name change, COX Space is back again with VANZY. 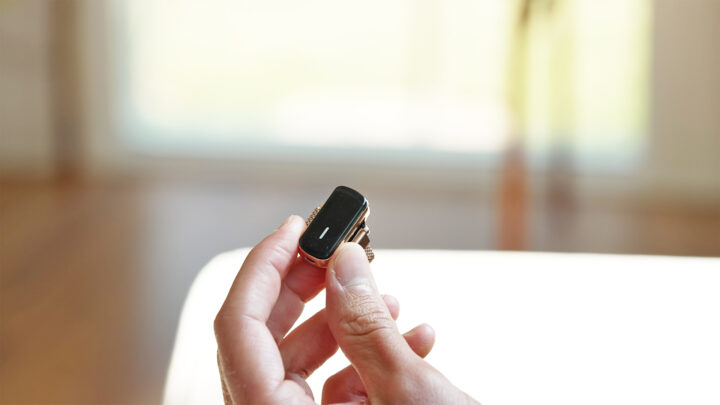 VANZY is a ring mouse that lets you take control of your devices in unique, futuristic ways. You can spin your finger in a circle clockwise or counterclockwise, or slide your finger left, right, up, or down to control your device in gesture mode. There’s also an air-mouse mode that lets you glide your finger across VANZY’s surface to simulate a typical desktop mouse. You can pair VANZY with just about any device with Bluetooth support, which is good, considering how many devices come with Bluetooth these days. 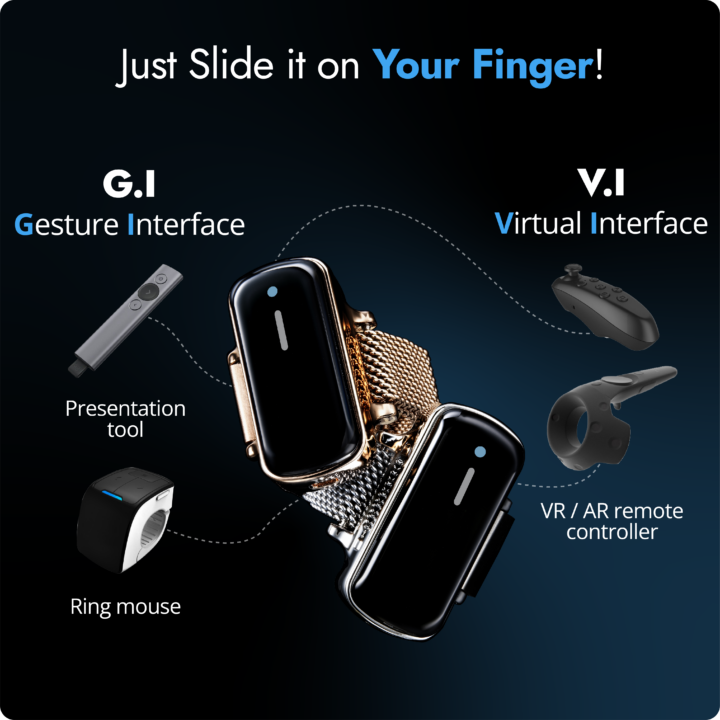 So, what’s new with VANZY? Well, the whole look and feel of the device have gotten a complete makeover. For one, the sleek centerpiece of the product is made from fortified glass, which feels and looks much better compared to the plastic of SNOWL. Backers of SNOWL may also recall the joystick charging cradle, which was an interesting idea, but ultimately didn’t compare to the cool gesture mode.

With VANZY, COX Space has gone ahead and gotten rid of the joystick charging cradle and replaced it with a new bar cradle. Not only is the bar cradle quite stylish, but it also lets you use VANZY while it’s charging, which is a big improvement over SNOWL. Other than that, the VANZY app UI is much better, and the quality-of-life changes to the gesture recognition software do heaps to make VANZY much more user-friendly than its predecessor. 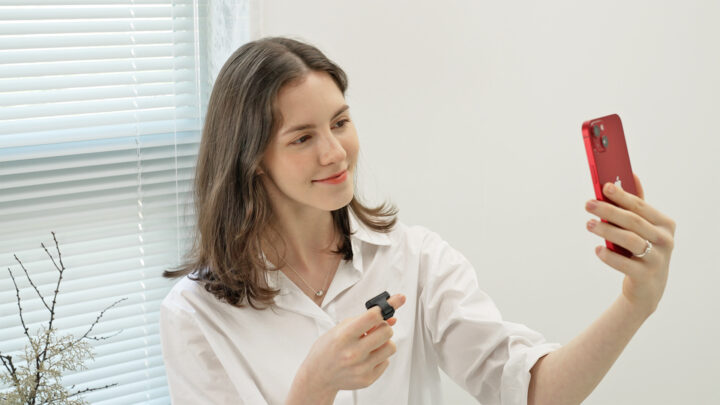 But how does it feel to actually use VANZY? We gave the product a try with all the Bluetooth devices we use in our daily lives, and we are happy to report that VANZY came in handy for quite a lot of our daily technology needs.

We knew right from the get-go that VANZY would be perfect for everyone who watches Netflix in bed. It’s always a real pain to have to get up from bed, walk over to your mouse, and click on the prompt to tell Netflix that, yes, you are indeed still watching Bridgerton. But now that you can control your mouse with VANZY, there’s no need to get out of bed anymore.

VANZY’s remote-control potential is also great when you want to fast forward past a YouTuber’s paid promotion segments, skip to the next song on Spotify, or pause a movie before you reach over and pick up your phone. This product was made to handle all the conundrums of using laptops from afar.

Earbuds also go great with VANZY. It’s been a hot minute since Apple got rid of the iPhone earphone jack, and by now, most of us have begrudging overcome the collective trauma of moving on to earbuds. But earbuds are, unfortunately, still quite lacking when it comes to controls.

Most earbuds only let you pause the audio or toggle noise-canceling, and don’t let you turn down the volume or pick up a phone call without picking up your phone. But with VANZY, we were able to turn down the volume, skip songs, and more: all while keeping our hands free.

All the elaborate gestures and motion controls of VANZY were also a natural fit for the office. It’s really something special when you’re in a client meeting, and you get to see the client’s eyes sparkle with amazement as you swipe your finger left and right to control your presentation slides. 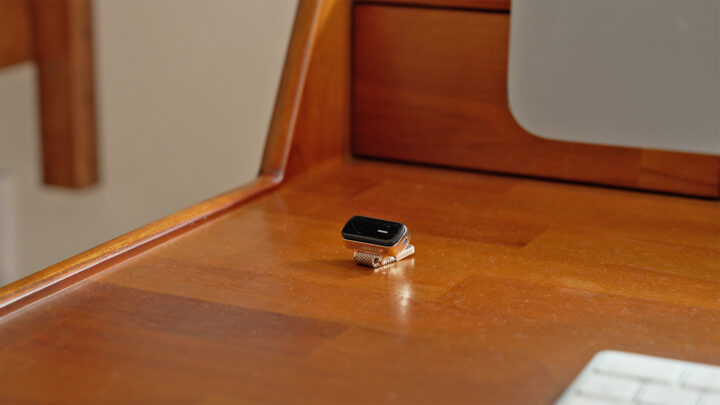 VANZY’s motion controls are super flashy and futuristic, so you can guarantee that they’re going to impress anyone who sees them. Any office manager should consider getting VANZY; it’ll make your office look so much more futuristic and high-tech. VANZY is just that cool.

Gaming is one other area where VANZY shines. The popularity of games like Splatoon has shown us that gyro controls are more than just a gimmick from the 2000s (we’re looking at you, Wii Sports). If you’re playing a shooter or other game that involves precise aim, why not give VANZY’s motion controls a try?

Motion controls give you better, more delicate control over precise movements, and can be a much more immersive way to aim. This immersion also carries over wonderfully into VR gaming, of course. We’re looking forward to seeing how VANZY’s controls let us explore VR spaces as these technologies become more prominent in our daily lives.

But with new, innovative technologies, there’s always a learning curve. VANZY does take a bit of time to get used to once you slide it onto your finger for the first time. Fortunately, VANZY also has an app that lets you configure controls, sensitivity, and more, so you can customize it to meet your unique user preferences.

After we took VANZY out of the box and played with the controls and sensitivity settings for a bit, it took us about an hour or so of practice before we became naturals at VANZY’s control scheme. It’s a lot like riding a bike or using a computer mouse for the first time. Once you put in the time to learn how to use VANZY, you’ll be forever grateful that you did. 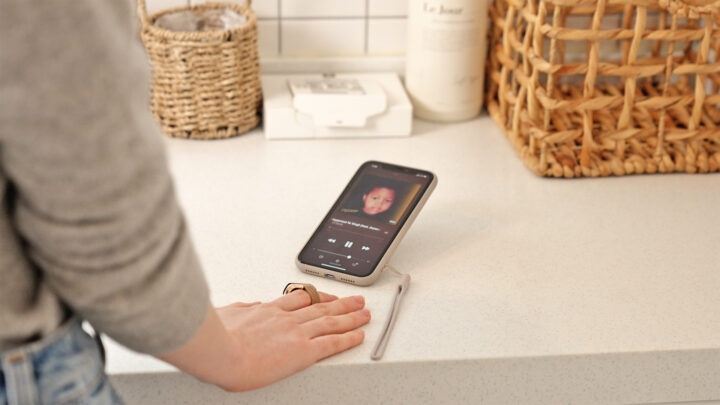 What do we think about VANZY? It’s really something quite special – definitely unique. Who can honestly say that they know anyone with a motion-controlled gesture mouse? VANZY is straight out of a sci-fi movie. But even in the movies, that was just creative camera shots and special effects. With VANZY, you’re getting all of that cool, flashy control in real life.

But VANZY does more than just look cool. VANZY worked really well in all of the situations we used it with, which is particularly impressive for a product that’s just launching now. It looks like VANZY took all of the issues regarding SNOWL’s usability, and improved on them for a product with much better performance.

Oh, and did we mention that VANZY is actually cheaper than SNOWL? Kickstarter backers can get VANZY for $79. But SNOWL’s price tag was just under $100. It’s astonishing how COX Space improved so much, all while offering their product at an even lower price.

VANZY launched on Kickstarter on June 14th. You can find their campaign by clicking here. 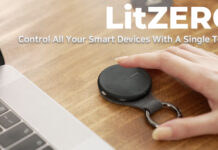 Meet LitZERO: The Bluetooth Touch Controller You Need For Your Smart Devices 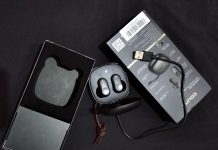 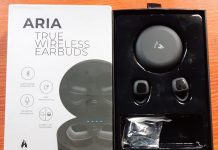 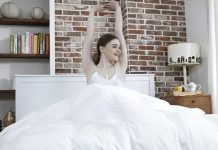 How To Use Technology To Improve Your Sleep

6 Portable Tech Gadgets You Will Want To Use Everyday